The Senate Blue Ribbon Committee Chairman Richard “Dick” Gordon expressed himself about the issue of the Catholic Church. This is because of the ongoing left and right arguments between the Malacanang Palace and the Church especially with the recent statement of President Rodrigo Duterte.

In an interview, Gordon said that every citizen has the right to disapprove the Church if it becomes abusive. The senator said that the teaching of the Catholic Church must be reserved for general belief.

According to the senator, “We are the Catholic Church, we are Universal. The Catholic Church is Universal. We have the right to tell our Priests, “Uy, wala ka sa lugar!” he added, “For that matter, when I was Mayor, there was this Priest there, walang ginawa kundi siraan tayo. They will write to the whole world saying that we are “prostitutes”, you do not go overboard. The thing is civility, and constant dialogue and consultation “.

In the meantime, one of the officials of the influential Catholic Bishops Conference of the Philippines (CBCP) urged the Priests and Bishops to avoid arguments with the President.

CBCP Public Affairs Committee Executive Secretary Fr. Jerome Secillano said to the priest to be careful to their words because it might only complicate the situation.

Fr. Secillano believe that the ‘Word War’ between the Church and the Palace is not necessary because it does not help to the problems in the society.

Above all, he said not to give attention to the statement of President Duterte against the church because it only lead to nowhere. Malacañang has previously appealed to the public to accept the truth that President Duterte and the Catholic Church don’t click each other.

Mentioned by former Presidential Spokesman Harry Roque, not to make any pretentions because it is true that the views of each side are in conflict. According to Roque, the President and the Church can not always fight each other because the President has four (4) more years remaining term as the head of the country. 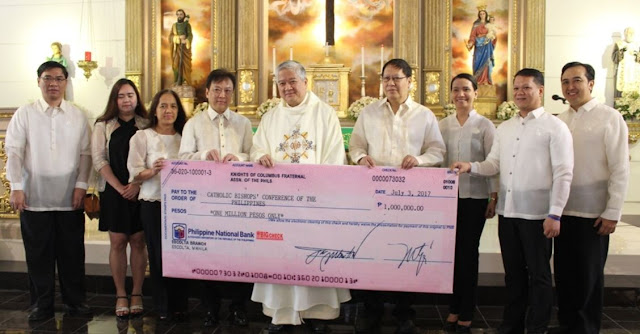 He said that the only good thing to do is to have a civil ‘working relationship’ between the Church and the Administration if in case they don’t really jive each other.

The secretary further admitted that the two sides had ‘common ground’ on some controversial issues. Absolute Divorce and same-sex marriage were allegedly opposed by President Duterte and as well as the Church.

Roque’s defense, however, no one can stop the President from expressing his comments against the Catholic Church’s doctrine.

Read the netizens reaction about the issue between the President and the church: 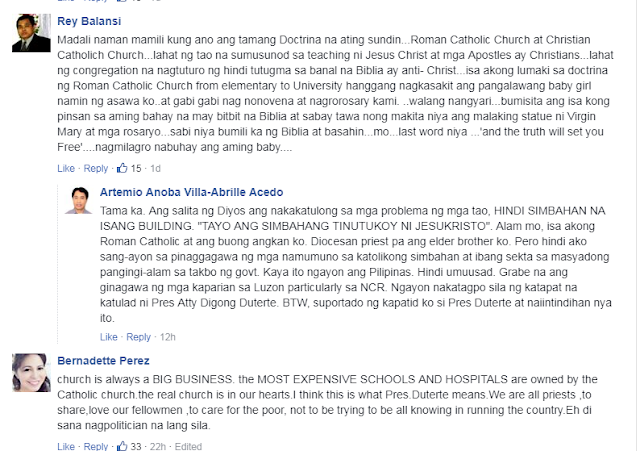