Presidential Spokesperson Salvador Panelo said their meeting took place at 6:20 p.m. at the Villamor Air Base in Pasay City and was ongoing as of this reporting.

“They are just exchanging pleasantries. He thanked her for bringing the crown. He said everybody is euphoric about her win,” Panelo told reporters in a message.

Earlier, Malacañang congratulated Gray for winning the fourth Miss Universe crown for the country on the pageant coronation night held in Bangkok, Thailand on Monday (Dec. 17).

Panelo said Gray has made the Philippines proud when she showcased “the qualities defining a Filipina beauty: confidence, grace, intelligence, and strength in the face of tough challenges.”

He noted that Gray’s victory “sets the bar high in empowering more Filipino women to believe in themselves and to fight for their own place in the universe.”

Panelo also said that although Gray could have made up her own decision on her support for the legalization of marijuana for medicinal purposes, there was also a chance it was influenced by the stand of the President.

“Catriona Gray’s position on the legalization of marijuana for healing purposes could have been influenced by PRRD’s stand on the matter or she could have come up with that conclusion after considering the pros and cons of the issue,” Panelo earlier said.

“She is the only one who can answer whether or not she was influenced by PRRD. I suggest you ask her after her triumphant return,” he added.

During the first question-and-answer portion, host Steve Harvey asked Gray the question: “Canada recently joined Uruguay as the second nation in the world to make marijuana legal. What is your opinion on the legalization of marijuana?”

Gray answered: “I’m for being used in medical use but not so for recreational use. Because I think if people were to argue, ‘what about alcohol and cigarettes?’ So, everything is good but in moderation.”

She is expected to fly to the US in January next year to fulfill her Miss Universe duties.

Below are some photos courtesy of Panelo: 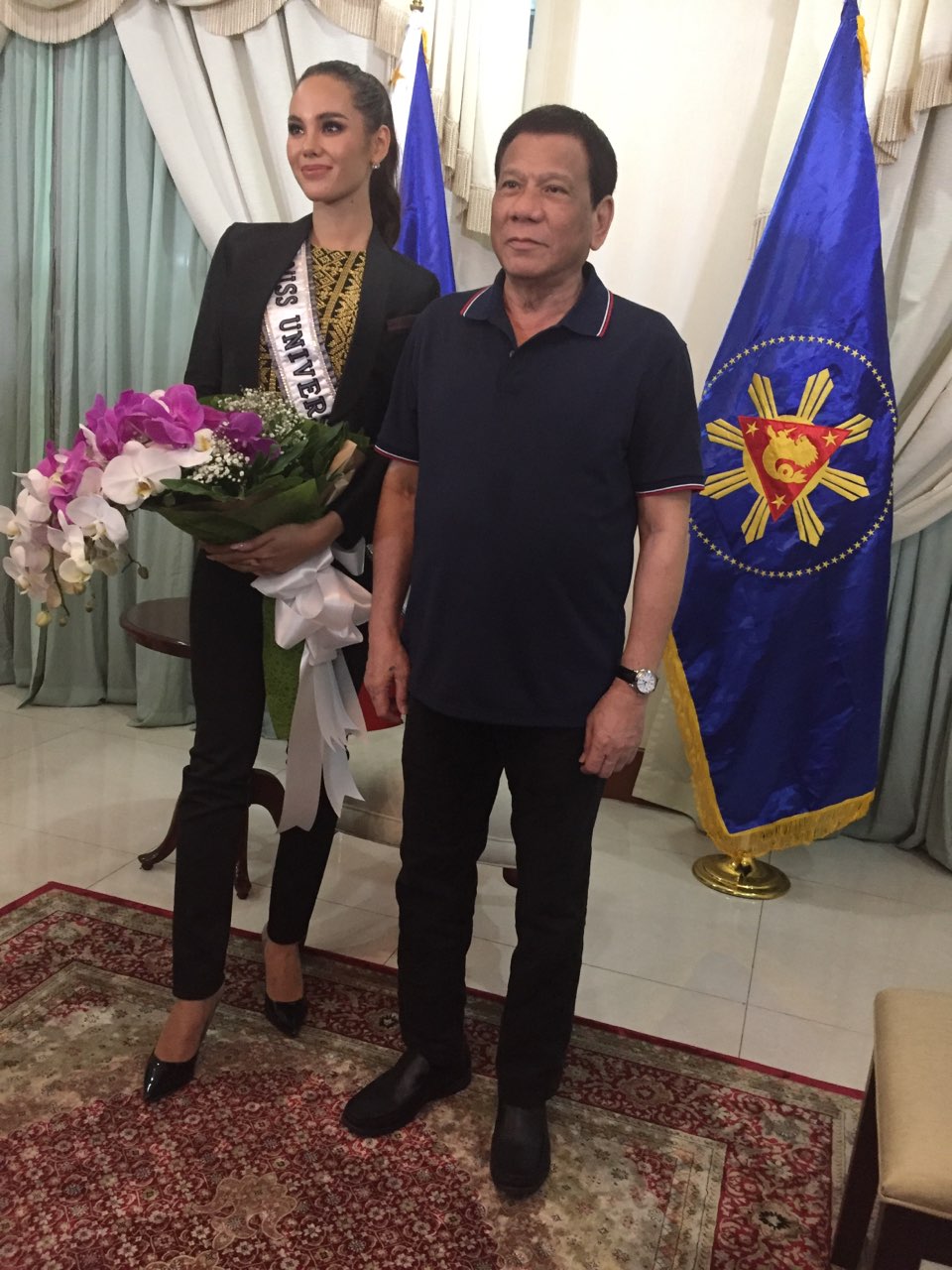 Jim Paredes umamin na ang video ay Totoo “I was irresponsible. And I am truly sorry”